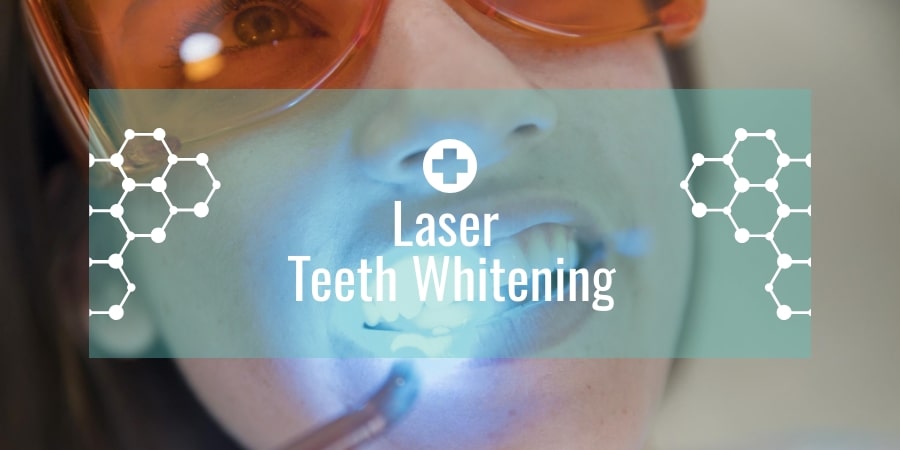 An Introduction to the Latest Teeth Whitening Technique

People across the country use coffee and tea and caffeinated beverages every day to get through the whole day. Unfortunately, these habits lead to stained teeth that aren’t nearly as white as most people would appreciate. These beverages, along with genetics, age, and some medications, result in discolored teeth. People, we can agree, really prefer for their teeth to be gleaming white, just like a Crest commercial.

Fortunately for the millions of people that stain their teeth each year, there are solutions to the problem. There are a variety of options for whitening teeth. One of these options is laser teeth whitening.

The laser teeth whitening concept is actually rather new. For years there were take home trays and gels that dentists gave to people to get their teeth white again.

With the invention of the laser systems, what used to take weeks of time and numerous sessions now takes roughly an hour. The laser teeth whitening process can whiten a person’s teeth up to 10 shades in about an hour and only one visit.

The whole process starts with a basic tooth cleaning that is also used to remove any and all plaque along the gum line. Removing the plaque is important because it shows up more on white teeth than discolored teeth. Also, it cannot be lightened by the laser system.

After the teeth have been cleaned and all plaque has been removed, the dentist applies a peroxide-based gel to the surface of the teeth. This is a professional-strength formula to ensure that the laser accomplishes the maximum amount of whitening. The solution is 35% hydrogen peroxide.

Once the solution is in place, the dentist uses a special laser light to activate the gel. While this same gel would probably accomplish the same results without the laser, the laser speeds up the entire process and allows it to take roughly an hour, with many people needing less than an hour to get their teeth white again.

Laser teeth whitening is an option for even people with sensitive teeth. There is a very slim chance that a person’s teeth will be sensitive to the gel as it is only used once. Also, it isn’t left on the teeth for very long. This form of whitening is ideal for those who want instant results. The biggest disadvantage is that the sudden change of color is likely to be noticeable. In addition, laser systems are the most expensive options available.