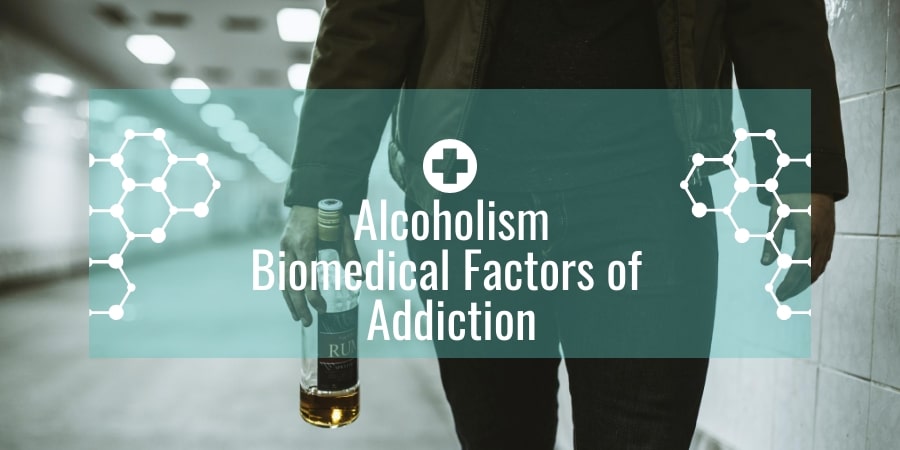 Advances in the field of alcoholism in recent years were of vital importance for the understanding of evil, which can be treated but still no cure.

Two main factors associated with the predisposition of compulsive consumption of alcohol: the environment and genetics. Recent discoveries have revealed that it is on the long arm of chromosome eleven o’clock where is this predisposition, but it is a predisposition mutant can still manifest in other compulsions, such as food, gambling, sex, etc..

Research now have a new trend that aims to solve the problems of a social other practices have failed to address effectively. He then speaks of using the vast arsenal of genetics to study addiction.

The analysis of adopted children and twins was definitive in assessing the importance of genetic load in the development of the disease. Barry Everitt, a neurologist at the University of Cambridge and addiction specialist, argues that the failure to understand the underlying biological and psychological processes “could shed light on a wide range of compulsive behavior disorders, including not only alcohol abuse and smoking, but also bulimia, gambling and other behaviors that generate rewarding withdrawal in addicts who are abandoned.

Thus, a large proportion of individual differences in vulnerability to alcohol and other substances are concentrated on genetics, but has not been established whether these genetic differences are applicable to addictions in general, or only to specific substances .

The NIDA Research Center in Baltimore, under the leadership of Roy Pickens specialist, is developing a project to identify subtypes of alcoholics whose genetic factor is strong. Until now, research results indicate that if individuals with the disease suffer from other psychiatric disorders, genetic load reaches its peak.

Researchers at the University of Bristol suggest-curious-that those with certain insensitivity to sour and bitter tastes are more likely to consume alcohol. This means that besides genetics also plays an important role the relationship between taste and alcoholism.

Moreover, the geneticist Kari Buck explains that it is proved that humans have similar genes for addiction, could get to know the right way to develop drugs against alcoholism. Markers were identified genes associated with alcoholism in three different chromosomes.

In experiments with mice found that those who inherit one version or allele of these genes have a greater risk of withdrawal, and that mice with different alleles, are protected against such symptoms. John Crabbe, Princeton University, found mice with a genetic marker of a gene that prompts the animals to drink alcohol. This gene into the brain sends a signal to drink more than normal mice.

Studies in children below indicate the possibility of detecting neurobiological labels to assist the prediction of alcoholism in adulthood. The observations provide a glimpse of what the path for finding the specific genes that mediate disease.

The difficulties are not few: the clinical heterogeneity and uncertainty that still surrounds the inheritance of alcoholism, pose tremendous challenges. The Banbury Center is an institution that devotes more efforts on the task of critically assessing these obstacles to make your search, from the hand of clinicians, geneticists and neurobiologists is efficient.

Recent research sponsored by the National Institute on Alcohol Abuse and Alcoholism (NIAAA) recognize the genetic determination, however, examine the environmental factor of each of the people, especially the influence of peers and the availability of alcohol. Genetics and environment are called risk factors, without the risk determines the destination, ie the son of an alcoholic parent does not necessarily develop the disease.

The scientists studied thousands of people from several hundred families who have a greater or lesser degree, with a history of alcoholism. The idea was to identify the location of genes that influence vulnerability. The success of this research is to identify people who are at high risk of alcoholism, and open living spaces to effectively address the problems associated with alcohol.

Another study is analyzing how genetic and environmental factors combine to cause disease. All research that are developing throughout the world will lead to the prevention of alcohol problems, identification of abuse in their consumption in early treatment leading to clearly available to individuals and families.

The truth about alcoholism was not entirely clear to people, both genetic and environmental components, such as the differences between abuse and alcohol consumption.

Alcoholism is equal to the alcohol dependence syndrome, characterized by the compulsive desire to drink, the loss of control to start drinking, the occurrence of symptoms after abstinence, and tolerance or the need to increase the amount of alcohol consumed to feel drugged. Alcoholism has little or nothing to do with the type of alcohol, quantity or time of consumption.

Alcohol abuse does not have the above characteristics, but simply a pattern that is associated with irresponsible behavior such as missing work, develop dangerous activities, and so on.