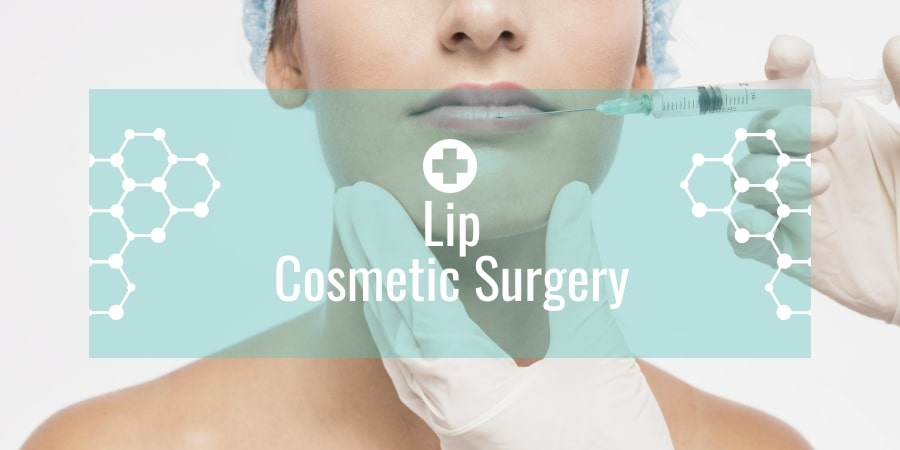 For about 15 years, have artificial lips has become fashionable due to two main causes have thin lips, or because with age oucrre retraction of the gums and lips then turn inward.

According to the surgeon “unfortunately, for many years the materials used are not reabsorbed, so hardened and entrenched.”

If these materials are hardened and entrenched the solution was sought to remove the repentant. After the age of silicon, which is now being done is to remove a small part of the body and put it on the lips.

A group of U.S. scientists has developed a new technique of long-term, based on the use of muscle grafts in question and the overlying tissue.

In this sense, is generally a small sample, a strip of muscle and connective tissue of the upper neck. In this regard, you can vary the amount of muscle function desired lip augmentation you want to achieve.

Then, practice a small incision in the corner of each side of the mouth and a cannula is inserted under the skin, where you insert the strip of muscle (sternocleidomastoid) removed.

However, not all people can undergo this surgery. This is because it is contraindicated in patients who have a large scar on the lip due to previous trauma or repair a cleft lip.

Another alternative to increase the volume of the lips is to use grafts from the patient’s own fat and will use temporary products, such as hyaluronic acid.

In general, liposuction can be obtained by any part of the body where there is sufficient accumulation of fat and subsequently used to fill in the lips.

Thus, the rendered fat will be in direct contact with the adjacent tissue, facilitating rapid integration and the fat remains in place.

This procedure is an optimal method, because it does not add foreign substances, promotes skin rejuvenation and lasts several years, obtaining also a natural effect with no major contraindications.

On the other hand, injections of hyaluronic acid, is another technique used, since it is a molecule naturally present has the capacity to absorb and retain large amounts of water on the skin.

We should mention that when you are young are provided with a large amount of this molecule, but from age 40 production is reduced by half, and 60 years, only less than 10%. Thus, the new generation hyaluronic acid is the most used, since it is synthetic and lasts up to one year.

The procedure consists of a 30-minute treatment. This intervention does not require hospitalization or passage under the knife, but can be done in the doctor’s office.

It is important to mention that “Hyaluronic acid is reabsorbed by 80% while the fat is absorbed only 50%, which means that the remaining amount on the lips”, says surgeon.

However, this procedure does not apply in all people, as in the case of people with diabetes must be extra careful not to suffer decompensation.

Nor should it be applied to individuals who are taking anti-inflammatory, since before the product can be reabsorbed. And if you are suffering from a herpes virus infection at the lip, you should wait until the infection disappears.

Another technique used to thicken the lips is to remove a little skin in the form of wedge just under the nose, lip edges joining and then returning to close technique is known as lifting. This technique makes teaching more lip up the inside of it.

Thus, the labial mucosa is concentrated on the inside, getting higher and lifting effect of the lip. This practice reduces the lip and for this reason can only be used in people who have a sufficient thickness of the lips.

Moreover, if you’re willing to go through surgery, can opt for a very economical option as the use of gloss and lipsticks that are supposed to provide fleshy lips. However, even with these we must be careful as not all deliver what they promise.

We should point out that experts glare or pencils that contains niacin, cinnamon, or mint caffeine can produce a temporary swelling effect due to the dilation of blood vessels that they produce.